This one’s a must read, people. 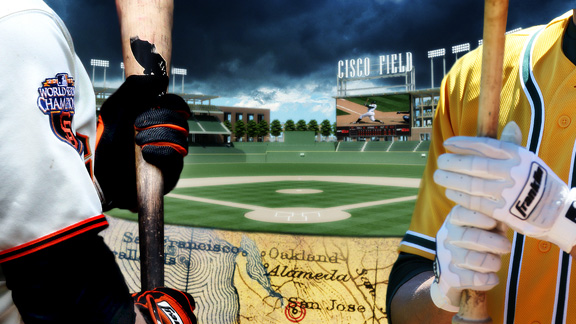 Howard Bryant may be a Boston guy through and through, but he cut his teeth at the Merc’s sports department for years as the A’s beat writer. He’s also written some excellent books on baseball: Juicing the Game, Shut Out, and his most recent work, The Last Hero: A Life of Henry Aaron. Now he’s taken some time to write about the future of the A’s, and it’s fairly comprehensive (though he gets the last lease year wrong – it’s 2013, and he confuses Coliseum North with Uptown).

There’s too much meat in the column to cherry pick any one passage, so I’ll leave it up to you to read the whole thing. Then come back here to comment. As Bill King often said of the occasional high scoring game, “this one has become a donnybrook.”