As planned, the study is out. It’s brief. A series of component updates are due over the next couple of months, with the final presentation(s) to come in September.

First, the part that seems to be contention is data that comes directly from the Raiders:

The study is vague, perhaps intentionally so on both capacity and cost estimates. The numbers above are only demand, which is important. It’s subject to change based on various factors including team performance, price, and the general attractiveness of the stadium. That doesn’t mean the stadium is set for 50k, 56k, or 60k seats right off the bat. If anything it’s an indicator of two things: 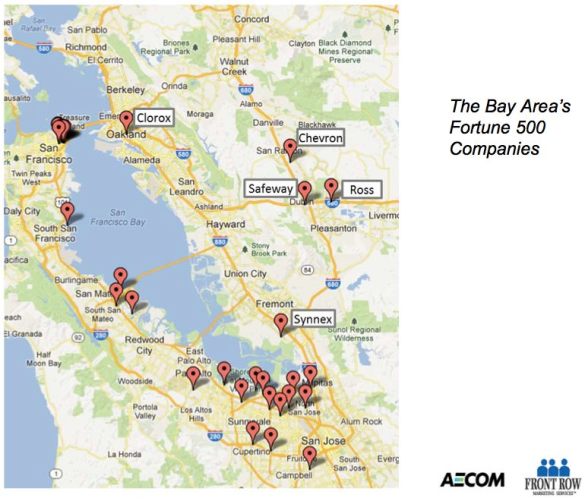 One surprise coming out of this is that the Raiders revealed that they feel they can pull in $100 million worth of PSLs. Assuming that’s in the same form as PSLs for the 49ers & Cowboys, those are better than nothing, but also short of what the bigger revenue teams use to support their stadia.

For now the study assumes that all forms of financing are on the table: PSLs, NFL G-4, team equity, public. Chances are that by the September presentation, some of these will be pared down. The study doesn’t include some of the back room discussions that have been ongoing, such as the Raiders’ perhaps declining G-4 (if it’s even available) due to a lack of club seat demand. The study also touches on the impact of limited or zero public funds, but doesn’t assess what will happen if they are (not) available.

Keep in mind that while this report is being prepared for Oakland and Alameda County, the Raiders are doing their own study for themselves and more importantly, the NFL. These reports are not just about how to build and finance a stadium at Coliseum City. These studies are also about determining how viable the Oakland/East Bay market is. That’s the real question here. For now the NFL has not rendered a long-term judgement about the reduced capacity at the Coliseum or the possibility of a much smaller-than-normal Coliseum replacement. When these reports are completed, the NFL will most certainly tell Mark Davis exactly what it thinks about the East Bay as a NFL market long-term, and chances are if these demand numbers don’t improve at the end of this season, the owners and Roger Goodell may look outside the East Bay entirely whether that means Santa Clara or Los Angeles.

The big wildcard is the status of the Raiders’ extension at the Coliseum. We had heard that the extension was “weeks away” from being done as early as last summer. If the Raiders and the Coliseum Authority are still struggling with the extension, that’s because the JPA wants to better link the extension to Coliseum City. Moreover, ongoing tensions with the A’s can’t be helping things, since both teams are bargaining with the JPA for many of the same cuts of revenue (signage, concessions). Oakland/Alameda County have also been pushing hard to get both teams to take on more of the remaining debt at the Coliseum. This is the exact situation that everyone should’ve seen coming long ago. With both teams having no lease after 2013, they’re both free agents. At least the Raiders can crash in Santa Clara for a few years while they try to figure it out. The A’s have no such luxury.

Oakland has an even tougher task ahead of them. The September report should show what Oakland will be expected to put up for Coliseum City. Sure, they can levy new hotel and rental car taxes or create a community facilities district. All of those measures will require some kind of vote. Even more challenging is that Oakland/Alameda County has to take a gamble on what development can be brought in with the Raiders as the only anchor. This is the assessment:

The non-residential component is only around 250,000 square feet, about the size of Hegenberger Gateway across the Nimitz, with retail only a quarter of the total. Patriot Place in Foxborough, MA started out as a strip mall and gained momentum as the team did well and the stadium area became attractive. Now it’s 1.3 million square feet and doesn’t need the football stadium as an anchor. Santana Row (640,000 SF) or Bay Street (400,000 SF) are good comparisons in the Bay Area for what Oakland is aiming for. Oakland is severely under-retailed, but will that be enough to attract the private capital necessary to build the mall? No one can say with any certainty at this point. Plus it’s strange to juxtapose the image of Black Hole dwellers tailgating against what would be an urban/suburban mall landscape. The Patriots made it work because Robert Kraft owned the land and financed everything. He could afford to be patient. Mark Davis doesn’t have the funds to do anything like that. As far as we know, Davis is only interested in a stadium and little else. The retractable dome idea (championed by Mayor Jean Quan) appears to be properly scuttled. But if Oakland gets limited ancillary development from the Raiders’ stadium, what’s in it for Oakland besides pride? Does Oakland need another Hegenberger Gateway?

There’s a reckoning coming. It may be slow. It’ll get here soon enough. We’ll finally have some answers. Brace yourself.