Daktronics makes all three new scoreboards going up for the Earthquakes and A’s, at Avaya Stadium in San Jose, Hohokam Stadium in Mesa, and O.co Coliseum in Oakland. The 49ers had a graphic created comparing the sizes of other NFL scoreboards to theirs. While the displays at Levi’s Stadium are labeled “Sony,” they are in fact Daktronics products. The Coliseum scoreboards should ultimately bump the Patriots’ Gillette Stadium out of the top 10. It doesn’t make up for the Tuck Rule game, but it’s something. 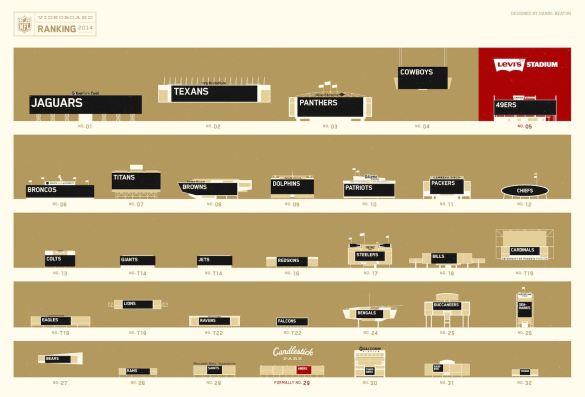 Enjoy the Super Bowl, everyone.