To call today momentous would be an understatement. For now I’ll post a bunch of links, with commentary to follow. 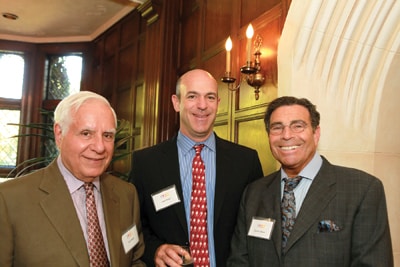 The tenure of Lew Wolff (left) has come to an end; John Fisher (center) will replace him

Susan Slusser first broke the news that Lew Wolff would step down and sell most of his stake in the A’s. John Fisher is taking over as the control person (managing partner) of A’s ownership, a.k.a. the Athletics Investment Group, LLP. Fisher was approved to day as control person by MLB during the owners’ meetings in Chicago today. Wolff will maintain a small share of the team and a Chairman Emeritus title. Mike Crowley is also stepping down as team president, to be replaced by Earthquakes president Dave Kaval. Crowley will remain a senior advisor, while Kaval will continue to run both the A’s and Quakes. Now the links:

Lew Wolff would not be stepping down if he was 20 years younger (Joe Stiglich, CSN)

And the A’s press release:

This is not moving the deck chairs, as Bruce Jenkins would suggest. Nor is it clearing the decks, as Fisher is still the money man and majority partner in shifted ownership group. What matters is Fisher’s commitment to the ballpark effort and the presence of Kaval, a gifted salesman/marketer who was a key player in completing Avaya Stadium. Kaval is bringing over many of the tools he used during his Quakes tenure: social media, accessibility through regular office hours, and thinking outside the box. That said, the Quakes bear one very similar operational trait as the A’s: a resistance to big expensive player contracts. That’s despite a new stadium and a league salary cap designed to prevent profligate spending by teams. MLB’s a few levels up from MLS economically, so that could potentially be different for the A’s, but it will all depend on revenue in the short term, and projected boosts if the A’s get an Oakland ballpark deal done. Still, there is much greater hope for a ballpark than there has been in several years. Kaval is an engaging, smart guy who knows how to read a room. Just the fact that he’s much more approachable than Wolff, Crowley, and especially Fisher should help the A’s standing in Oakland. It can’t hurt. The A’s will need strong community support to build their ballpark. Maybe, just maybe, we’ll see a plan in the coming months. Wolff and Fisher have experienced success with Kaval running point. They’re hoping he can repeat that success with a much tougher project.

30 thoughts on “Wolff, Crowley step down for Fisher, Kaval to take over”