As construction on the Raiders’ new Vegas palace continues, Oakland keeps trying to get some kind of football team to take the Raiders’ place at the Coliseum. Thankfully, on Thursday the Coliseum JPA ended their pursuit of a new XFL franchise for the 2020 season. The XFL, the once and future brainchild of WWE head Vince McMahon, previously played during the winter and spring of 2001, with a franchise at what was then named Pacific Bell Park (now AT&T Park). The next iteration of the XFL is supposed to launch a 10-week season around the time of the 2020 NFL playoffs.

The A’s ended up being a big factor in the decision, as the grounds crew takes much of each winter to get the field ready for baseball, which starts every April. To be fair to the JPA, the XFL appears to be ones who tried to push the issue, knowing how well the league did with the SF Demons last time around. But despite the Coliseum’s multipurpose nature, it’s still hampered by some old decisions – some 20 years old, some 50 – that make conversions expensive while compromising the playing surface quality for either sport. It’s smart for the JPA to pass on this.

Hesitance on the JPA’s part caused the XFL to look north, to Berkeley and Memorial Stadium. That entreaty was also refused, leaving the XFL with no obvious alternatives. Why didn’t the XFL hit up the Giants to use China Basin again? After all, AT&T Park recently hosted the Rugby World Cup Sevens successfully. Perhaps like the A’s, the Giants wanted to keep the field pristine during their offseason. Can’t blame them for that. 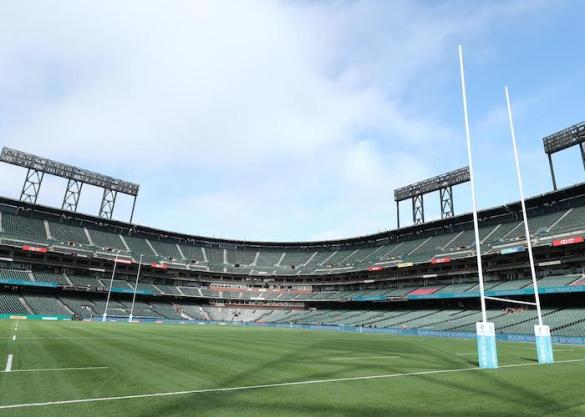 Another option that won’t be available for Oakland is the other startup football league, the Alliance of American Football. That league, whose franchises are mostly placed in the South, has set a 2019 launch date.

The Coliseum may not be the best baseball stadium in creation, but at least we can rest assured that the JPA is paying more attention to preserving the Coli as at least a half-decent place to play. The Raiders have every incentive to get their new digs ready for fall 2020, which would benefit the A’s even more as they determine where the future ballpark will be built.