Arenas are utilitarian. There aren’t huge tomes written about the history of arenas as there are for ballparks or football stadia. Arenas are designed to efficiently house a crowd of 15-20,000 for roughly 2.5 hours, the length of a basketball or hockey game or the headliner portion of a concert. Then you’re just as efficiently whisked out of the shiny building and sent on your way. That’s why Chase Center, like most modern arenas, provides no public tours. The Warriors admit this quite plainly in their Visitor Info page:

Because of the number of events that Chase Center hosts each year, there are no public fan tours offered at this time.

There’s nothing wrong with this. Staples Center and SAP Center do this. It’s hard to know what areas are okay for touring when whole sections are closed off for maintenance or prep. Arenas are the equivalent of a Swiss Army knife or a utility man in baseball. Only on rare occasions do arenas get the kind of poetic treatment often given to ballparks, and that’s usually when they live long enough to earn it. Most of the time, arenas are remembered for two things: the number of banners hanging in the rafters, and the memorable concerts that played there in the past. The Oakland Arena checks both boxes, thanks to the Warriors’ championships in four NBA seasons, and the venue’s place as a Bill Graham’s large indoor venue of choice in the 70’s and 80’s. 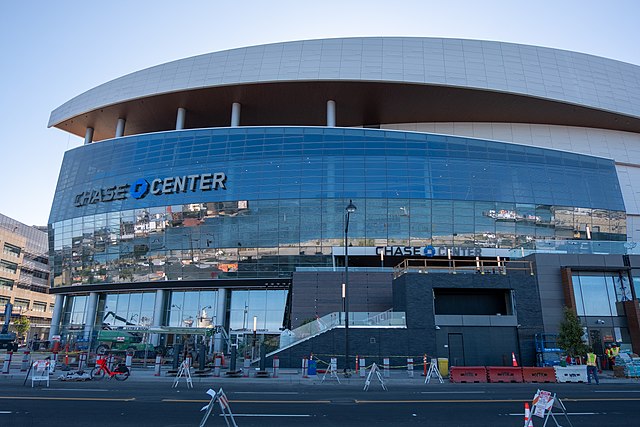 Is that much different from American Airlines Arena, which opened in 1999? 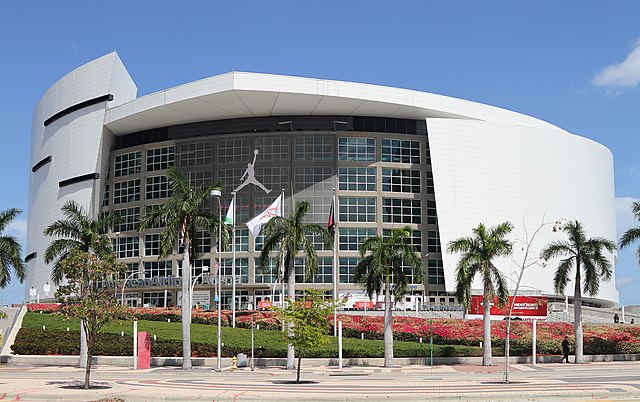 Or what about Staples, which also opened in 1999? 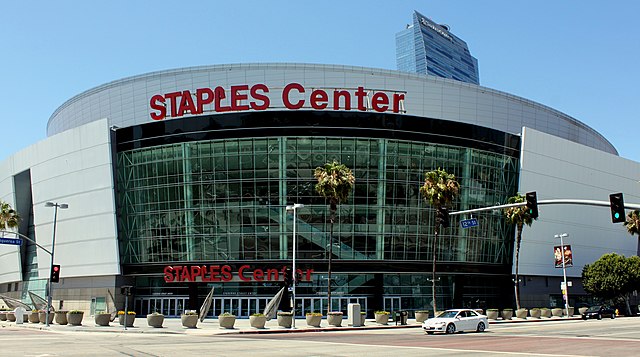 Golden 1 Center in Sacramento has a series of garage doors that open up to a plaza, so that’s an innovation of sorts. Nevertheless, there’s a recipe here:

Don’t get me wrong. I love arenas nearly as much as I love ballparks. Before the Oakland Coliseum Arena was closed and gutted, I once received a media pass and came to a Dubs game early to full explore the building before opening tip. I hiked to the top of the upper bowl and gazed out at the Nimitz Freeway through the west windows, experiencing some slight vertigo along the way. I understand, however, that I’m a rare bird. Given the lack of books about arenas, it stands to reason that not many would wax romantic about the subject. The Coliseum Arena’s gracefully undulating arc of the upper bowl was replaced by the blocky new bowl that killed the views while adding 5,000 seats. It helped the team compete, and not many people missed the views the way A’s fans still bemoan the loss of Leona Quarry because of Mt. Davis. Basketball and hockey are fixed stage sports with set dimensions. Baseball is more pastoral and lends itself to a wandering eye because of its pacing and rhythms, as well as the sport’s lack of standardized outfield dimensions.

In Inglewood, Steve Ballmer unveiled renderings of a new home for the Clippers, just blocks south of both The Forum and the new football stadium at Hollywood Park. I applaud the attempt to minimize height and make the whole thing more human-scaled, though I suspect that, like the football stadium next door, it will resemble a translucent hill. Now take in the presence of a new basketball-specific arena for the Clippers, the old Forum converted to a premier concert venue up the road, and an enormous football dome between them. Add to that the two MLB parks, two MLS stadia, the LA Memorial Coliseum, Rose Bowl, and other smaller venues in the region, and it’s easy to see how LA won the 2028 Summer Olympics. A new light rail extension is being built nearby, including a downtown Inglewood station a mile or so north of the three venues. From there a people mover-style tram will run from the new station to all three of the venues. That is, if funding can be found for it. If not, there will probably be shuttle buses. Or people can always walk.

From: City of Inglewood

Chase Center is getting an expanded light rail station, similar to how VTA did the same for the Great America light rail station before Levi’s Stadium opened. Rides on the Muni are included with each event ticket, which is sort of a necessity when little parking was built for the arena. The events scheduled for the first few weeks act as a dry run for everything from transit to the arena’s air conditioning and concessions. Warriors and A’s fans familiar with the dread dual-event scenario already ran into that once this month thanks to the proximity of Oracle Park.

If you were wondering, the Chase Center x Oracle Park traffic is as bad as you imagined it would be. Chase Center AND Oracle Park general patrons are expected to share lots A & B along 3rd Street and it's causing a real mess @sfchronicle pic.twitter.com/D4IcmuzjbC

Is Chase Center better than the Oakland Arena? In many ways, yes. It has 1,500 fewer seats and a better distribution of suites. The roof is lower to approximate the noise level of the old home. That’s a tall task, largely because like Levi’s Stadium, much of the crowd will be in the clubs or in bunker suites throughout every concert or game, places where their noise will be muffled. Plus the optics of empty-but-paid-for seats, like those in Santa Clara, loom large. Will the Dubs hire seat fillers like an awards show?

It’s tragicomic how Oakland Arena evolved from a ho-hum arena and nice piece of modern architecture to a ho-hum renovation that housed one of the fiercest home crowds in sports. Next year, it will be home to six home games for the Oakland Panthers, the new Indoor Football League franchise co-owned by Roy Choi and Marshawn Lynch. Like most arenas, it will become obsolete and steadily decay, while the Warriors compete for more banners across the bay. I sincerely hope that the Panthers and the IFL can stick it out for the long haul. Arena football doesn’t have a reputation as one of the more stable sports out there.

Meanwhile, Seattle, which lost its basketball team a decade ago, failed to get a replacement NBA team due in part to a lack of a new arena. Instead, the old Seattle Center Coliseum/KeyArena is being renovated a second time in order to host an expansion NHL team in 2021. Funny how life works.