Say goodbye to the bad guy.

Over at NBC Sports Bay Area, Scott Bair reported yesterday that the Raiders, who had an option to play at the Coliseum in 2020 just in case Allegiant Stadium didn’t get completed in time, recently declined the option. They had until April 1 to renew.

With the Raiders leaving Oakland behind, we can officially leave behind silly concepts like this: 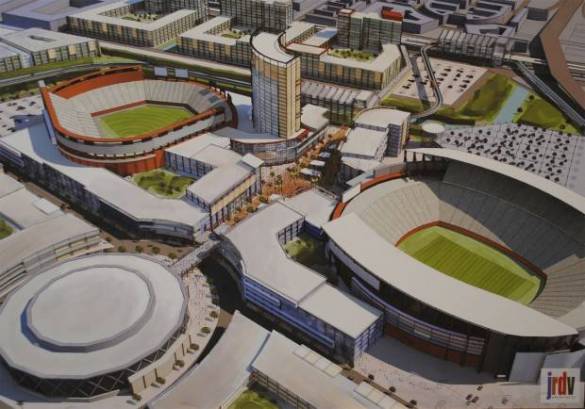 It was never going to end well. At least one team had to leave which grew to two. There are lessons to be learned. Memories to savor. Once we get through the current crisis, Oakland can get back to what it was like when baseball ruled the town.

When the dust settles, the A’s and A’s fans will have to pick up the pieces. What world will we live in? What restrictions will be placed on our movement, or on limits to assembled crowds? It’s more than a little ironic that the cavernous Coliseum could work in an era of social distancing – at least if the crowds are limited to 20,000 or less.

MLB is saying for now that the start of the season is postponed until mid-May at the earliest. Until then confusion reigns, as teams are deciding where to set up camp for the season. A’s staff and players have it relatively easy, since they can easily shuttle between Oakland and Mesa. Players often have offseason homes in Arizona. Other teams have more complicated logistics. Take always-an-Athletic Sean Doolittle and Eireann Dolan, who described their living arrangements, which included the specter of dual concurrent leases.

Whenever the season starts, it will be truncated and condensed. You might see many more doubleheaders (hooray!) and expanded rosters, perhaps six-man rotations. Gotta get the games in somehow. Fortunately, there won’t be anymore $250k baseball-to-football-to-baseball Coliseum conversations to plan this year, maybe forever. There is also the matter of the Raiders locker rooms. The A’s will have about two months between now and the start of the season. Should the team choose to keep all their training in Mesa, they can continue to use the old cramped clubhouses with few complaints. If they choose to move more of the team to Oakland before the official start of 2020 season, they’ll need the extra space. And while a scant two months is a tough timeline to hit, that should be enough to make sure the plumbing works, install new carpeting, and slap a new green-and-gold paint job on the joint. 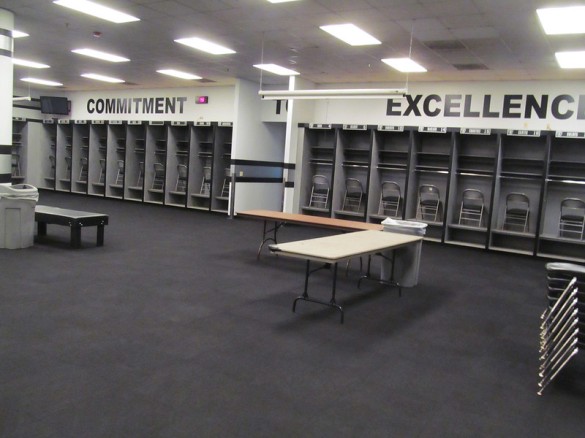 The benefits would be enormous. It’s a larger space to house the entire 40-man roster and camp invitees if needed. The facilities on that level are newer and more functional than the old baseball clubhouses (insert plumbing joke here). The team will still run the shuttle between Oakland and Mesa as needed. Parts of each football locker room could be cordoned off for press use or other functions. And outside on the field, Clay Wood and his stalwart crew can focus on keeping the turf and infield as pristine as possible without much worry about divots, dealing with the gridiron, or 300-lb. dudes trampling everything.

It’s no vaccine for the coronavirus. It could help the team be more competitive with the rest of the American League, and if the theme this year is to strike while the iron is hot, I can’t think of a better way to prepare for this season.

3 thoughts on “One Horse Town”